If you just want to download the hands to import them into your Poker Tracker, click here to download.
If you want to see the converter program source code, go here (you can also view all the converted hands in the out/ directory there).

I wanted to get these hands into Poker Tracker to analyze them, but they were no good in the form they were in.

So I wrote a tool that converts the hands in the original format into hands in Poker Stars format. You can see it here. I've already found a couple bugs that I had to fix, so there are bound to be more. Please make a pull request or file an issue if you find anything wrong.

I ran it on the entire dataset, and successfully imported it into Poker Tracker! You can download the dataset by clicking here.

To get the death of poker started, I did some basic analysis of Pluribus. 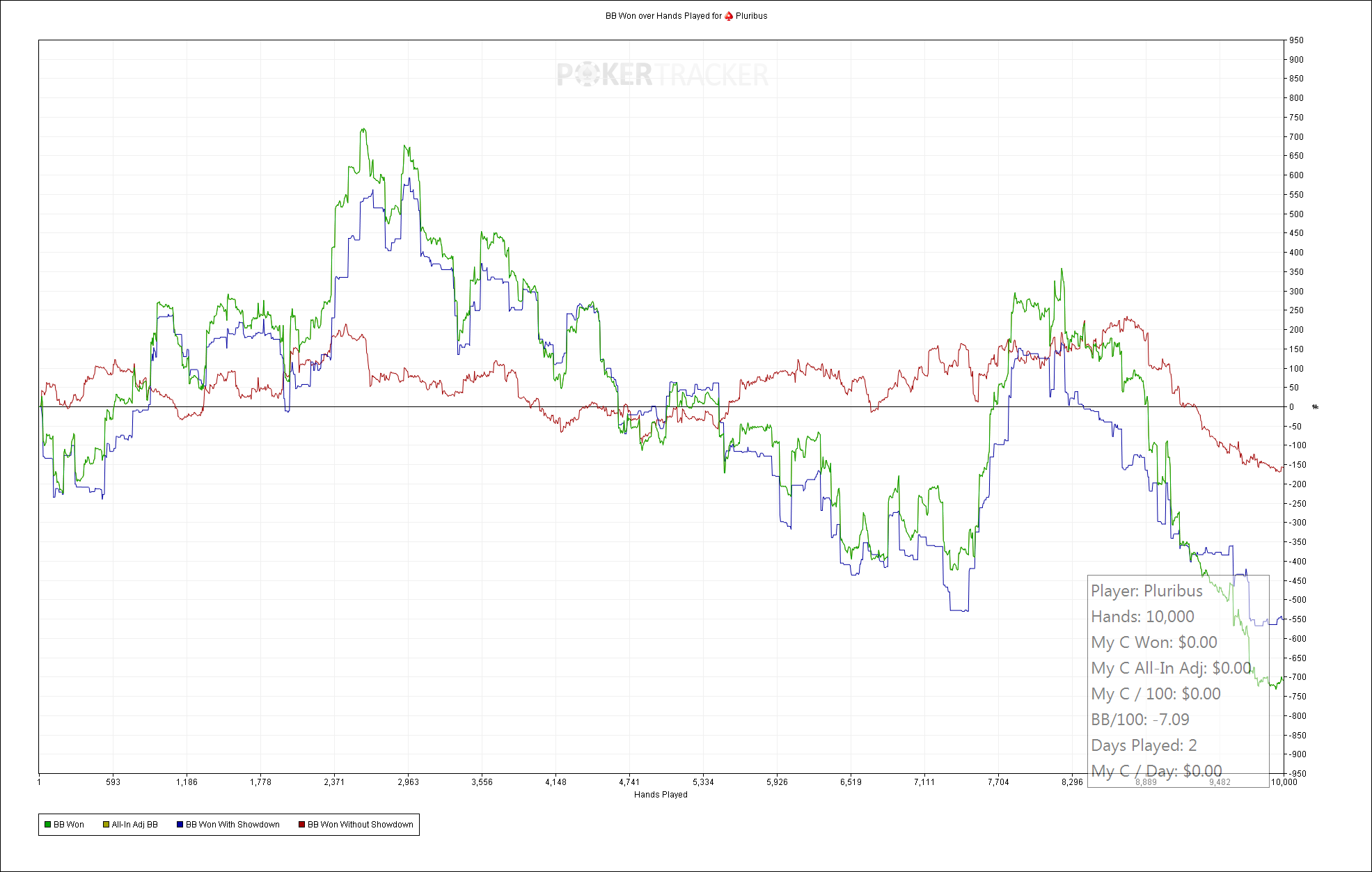 Interestingly, it looks like Pluribus was actually negative in chips after the 10,000 hands. Either I made a mistake in the conversion code, and this graph is wrong (likely), or Pluribus was down in chips but up once adjusted with the variance-reduction (AIVAT) mentioned in the experiment (also very likely).
[7/19/19 edit: the graph is not wrong]

I did the most basic analysis I could think of - looking at Pluribus's preflop ranges. (Why did I not dive into anything more interesting than literally the most basic, uninteresting analysis possible? Honestly, it's because I'm pretty sure no one else has made this converter yet (at least not open source), so I'm trying to make use of all the clout equity that I have from being the first, so I'm releasing these hands as early as possible. In fact I barely got this preflop analysis together because it's almost 6 AM. I had to fix so many fucking formatting errors in the converter program. I don't even have Poker Stars, I just inferred the format from this wikipedia page that exists for some reason. I'm really glad that it does exist, though, and whoever added all those examples on that page is a legend, because you will not believe how impossible it is to find hand history file formats.)

Here's how often Pluribus will have each hand given that Pluribus voluntarily put money into the pot preflop: 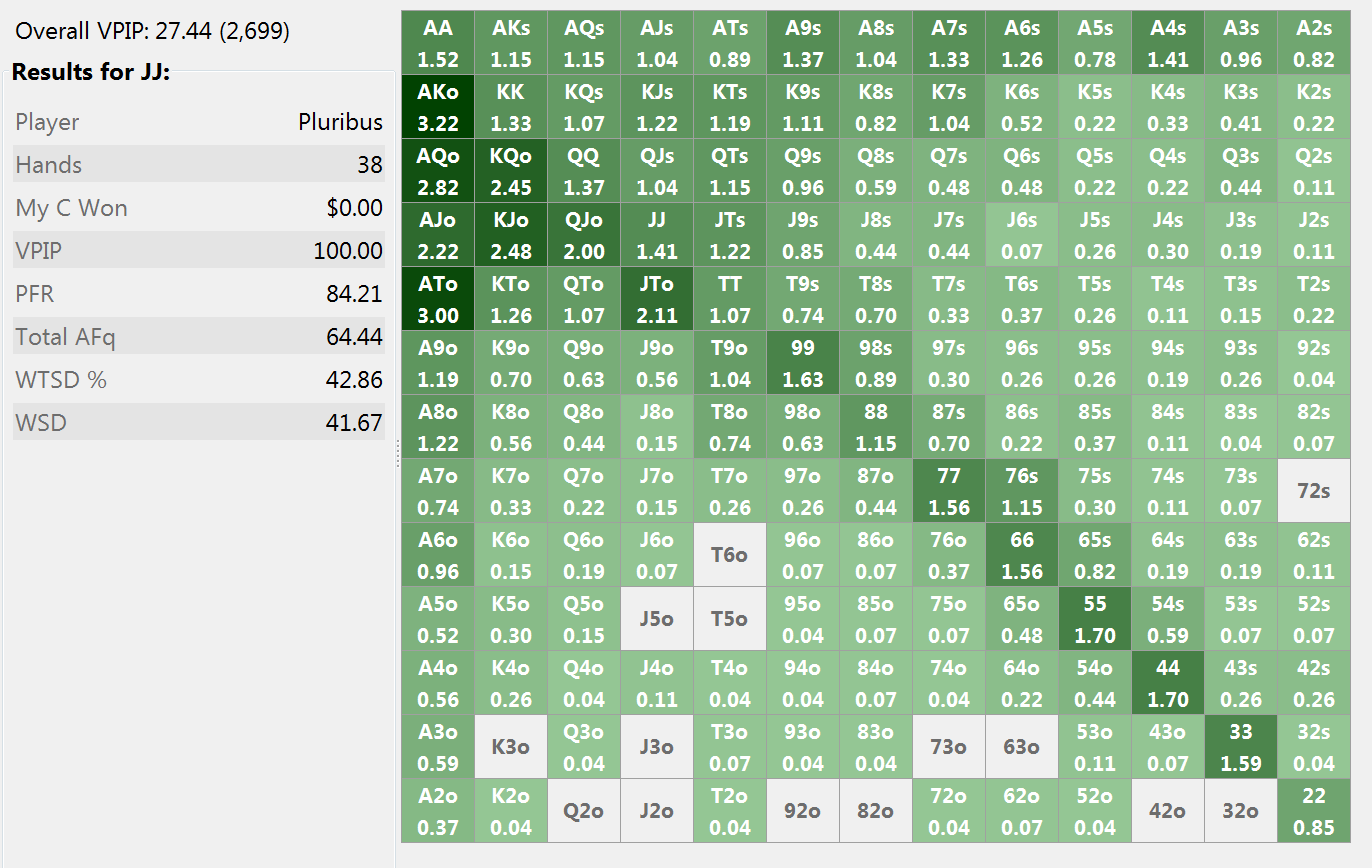 and its favorite hands to 3bet preflop:

Here's what it preflop raises as button or cutoff:

I'll hopefully do some more interesting analysis later, but I'm sure others with more Poker Tracker prowess than I can get a lot more out of this than I can, too.

Who's the most elderly team in the NBA? (weighted)

Earlier this month, I was talking with my dad about old NBA teams, and the question arose: which NBA…